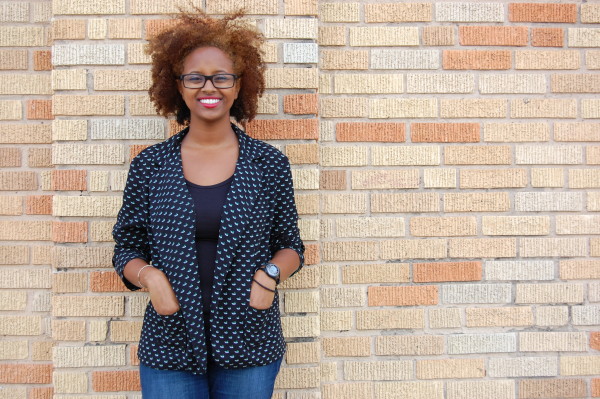 At 28, Sara Zewde is something of an architectural wonderkid- part landscape architect, part urbanist, part sociologist and cultural anthropologist, and-as of this month-the Landscape Architecture Foundation’s 2014 Olmstead Scholar. As the first student from Harvard’s Graduate School of Design to win the award, Sara will bring her perspective examining and designing landscapes with Walter Hood/Hood Design in Oakland and Asakura Robinson in Houston to creating spaces in both New Orleans’ Treme and Rio de Janeiro’s Little Africa that honor and reflect some of those cities’ most challenged yet culturally influential communities.
I caught Sara in between final exams to talk about her grant work, the relationship between cultural preservation and landscape design, and why Kanye West is important to the design community.

A few years ago I was working in transportation planning in Rio de Janeiro when a discovery was made of slave bones in what they believed to be the old slave wharf, Valongo, in central Rio. At the time the city government announced that they wanted to memorialize the space with a plaza to represent the black experience in that community, Pequena Africa (Little Africa). With the support of a grant I received from Harvard I examined the design process and issues in that community. The city government and community organizations advocating for the project were interested in getting me involved in the design process but had no funds at the time, so this Olmsted grant will help me go back and get involved in these design issues looking at the Pequena Africa neighborhood.